Skiffs, lasers, fifteens and handicap fleet all have a thrilling bank Holiday regatta. 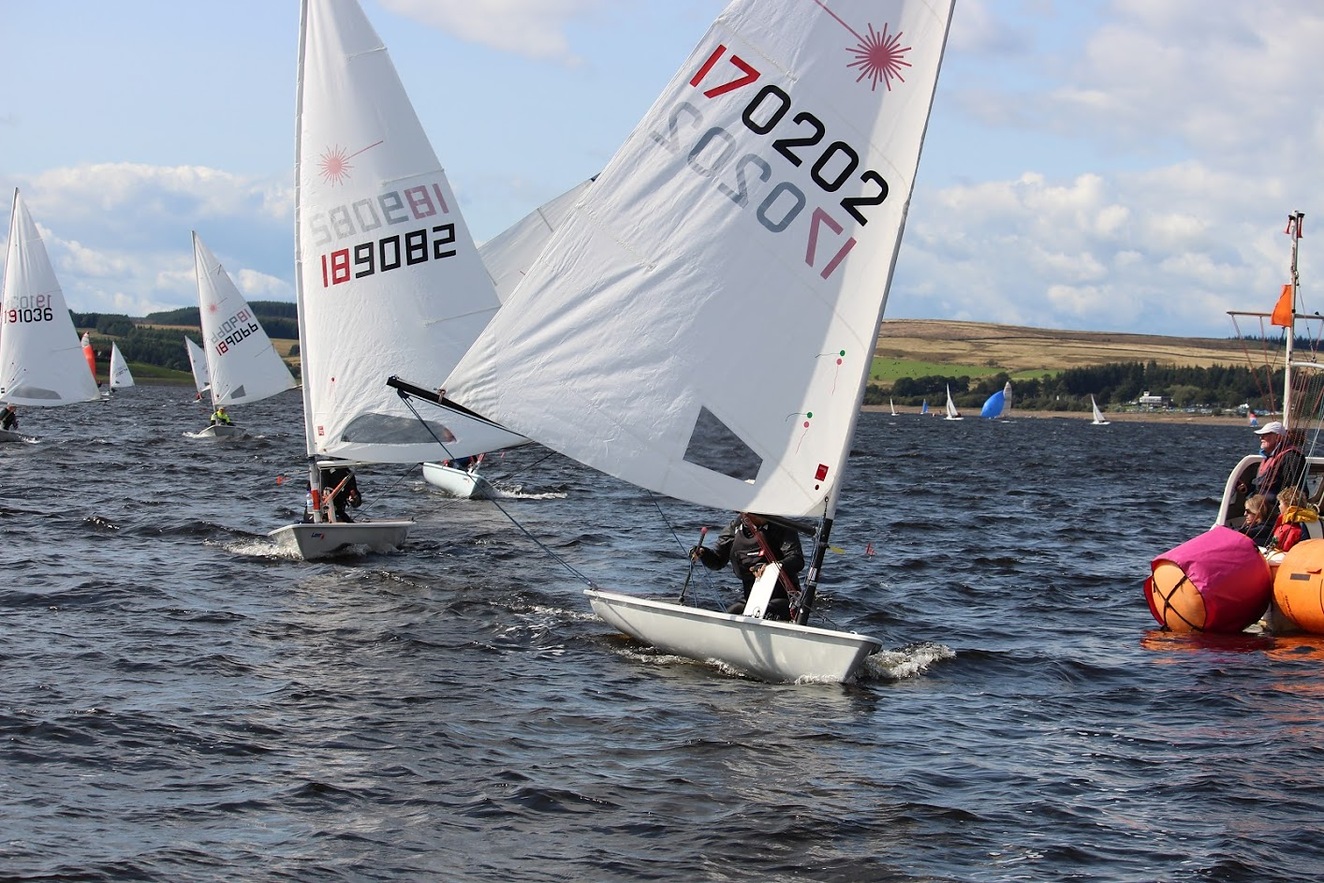 At the end of last year when sailing committee reviewed the feasibility of combining the Scottish skiff series event with a laser grand prix and a club regatta all from one committee boat, it sounded ambitious but meticulous preparation and calculation of beat lengths for wind speeds by Howard showed us all his true expertise as a race officer. News got that DRSC was the place to be with visitors from as far afield as the South Coast and Aberdeen with 24 skiffs sailing off a starboard side asymmetric course and 24 lasers, 7 Flying fifteens and a small club handicap fleet sailing triangle/ sausages off a port side start line. The wind gods were king with a steady Westerly breeze allowing plenty of room for a long skiff upwind leg and despite running 4 fleets, Howard put in 4 races on Saturday and an additional 3 for Skiffs and 4 for the club fleet on a windy Sunday.

The excellent racing was complimented by excellent Saturday evening at the bar to the great sounds of Andy Needham's left of cool band .

Congratulations to the DRSC sailor Dan Trotter who convincingly won the skiff trophy but with special mention for Matty and Jamie Lyons in eth 49er who provided a fantastic demonstration of co-ordinated double handed skiff flying! The Laser trophy was won by Ian Jones in a laser radial who came up for some practice for the master's worlds. The Flying fifteen bullets were dominated by John Hardisty and crew and Adam Billany in the 2.4 was first handicap despite breaking his gooseneck on Sunday.

Special thanks to Howard, Kathryn who co-ordinated the recording and results and all of you who helped on eth committee boat and in ribs. It was great to have some new members on the committee boat learning how racing is delivered.

Let's do it all again next year.