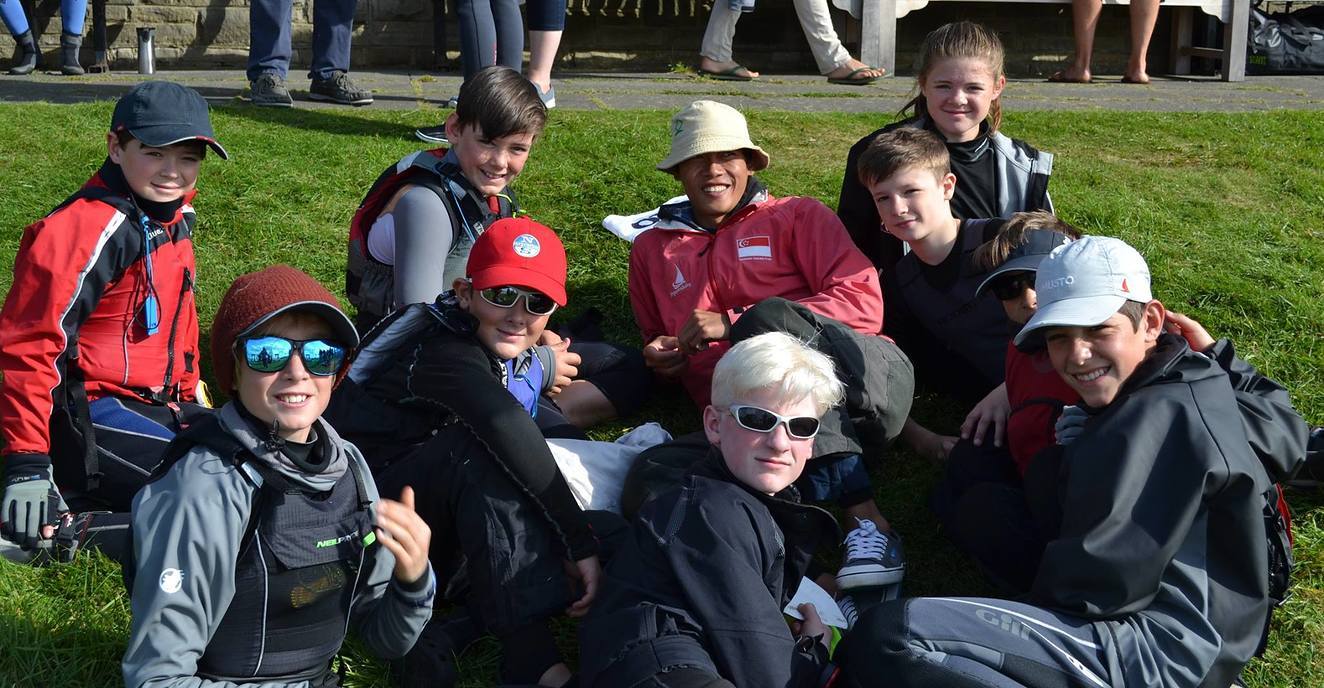 Optimist Sailing at Derwent Reservoir Sailing Club in 2020 ran hot and cold, we had periods where we could sail and we really made the most of it with organised weekly training, a couple of mini regattas (which included nearly 20 club Optimists as we couldn't open to visitors because of the restrictions) these included a coached regatta which was treated as best we could as an Open event. We distributed NOR, SI's, a briefing to sailors (which as we were social distancing took up a similar amount of space as the late summer event where we had over 200 visitors) and there were coaches on hand to ask questions all the way through the weekend to help explain what was happening and why.

The downside was we struggled bringing new sailors on as our risk assessment restricted close interaction and this is something we are actively working to put right this year with a plan already in place to release as soon as allowed.

Adam Bell became our club Optimist champion for the year at a regatta in September and we gave our Eagle Star trophy to Lola Saunders in November which is in recognition of her efforts and improvement over the year.

So just two trophies and with no option of a prize giving we came up with an alternative plan to celebrate the juniors where everyone submitted their comments about their friends and we created a fun mini Bio of each sailor that we posted through our group chat , a couple each day in December leading up to Christmas, rather like a digital advent calendar.

Comments were made up or nicknames, daft things that had happened, things they are known by and things they are not known by, comments were mainly from peers with some adult intervention and poetic licence to keep it fun and make everyone feel part of the group, these photos have since been collated and made into book for each sailor.